One of Canada's leading graphic art companies, Sampson-Matthews Ltd. was founded by Ernest Sampson, artist and a Canadian pioneer of silkscreening, and Charles Matthews in 1918. By the 1940s Sampson-Matthews had established themselves as a leading printer of commercial and fine art reproductions utilizing the silkscreen process.

Sampson-Matthews art department included many fine artists of the time that were part of the inner and larger circle of the Group of Seven including Alfred Joseph Casson. Following in the footsteps of Franklin Carmichael, Casson joined the firm in 1926. His duties included silkscreen design, typography planning and production supervision. Following the death of Sampson, and Carmichael's departure to teach at the Ontario College of Art, Casson became the art director and vice-president of the company.

At the outbreak of the Second World War AY Jackson along with Casson and the Sampson-Matthews company pressed the war department to sponsor a program to create original silkscreen prints depicting Canadian scenes by Canadian artists that would ultimately be sent to Canadian armed forces around the world. The National Gallery of Canada supported this program and in time would make available many of their works to be transformed into silkscreens by AJ Casson and his talented team of artists including some who would have their own works depicted in the series like Joseph Sydney Hallam's "The Plowman".  Joseph Sampson was not only a founder but an artist as well, with many of his designs ending up reproduced by his own company. Even by today's standards it is one if not the largest art project in Canada, starting at the beginning of the Second World War and lasting 22 years.

Silkscreening, also known as serigraphing, employs a stencil method of printmaking. A design is imposed on a screen of silk or other fine mesh by coating areas with an impermeable substance, allowing ink or paint to be forced through the uncoated areas of mesh onto the printing surface. The process is very labour intensive and requires a truly artistic approach whether the design is an original or based on original work. Each color in a design requires a separate silkscreen. The more colours a piece requires makes the process more complex and longer to complete. Some of the early Sampson-Matthews's silkscreens included 8 to 10 colours but this number increased dramatically as the series developed.

AJ Casson was instrumental in the development and translation of the art work to a final silkscreen design. In A.J. Casson: His Life and Works (1980), Paul Duval writes that this programme of all the projects Casson was involved in... "this was the one in which he found the deepest satisfaction."

With the co-operation of the director of the National Gallery, H.O. McCurry, this was to be the largest publicly sponsored art project in Canadian History. Due to the popularity of the programme, it spread well into peacetime. The prints that had initially been sent overseas were now reproduced in subsequent runs destined for public institutions such as hospitals, libraries, schools, banks, government offices and Canadian embassies around the globe. The popularity of the silkscreens continued until around 1963. For many Canadians, this was a first look at the work of many Canadian artists and inspired a national identity in our shared art and culture. Indeed the Sampson-Matthews silkscreens were produced in a time when Canada's art community, especially with the rise of the Group of Seven, was starting to emerge and gain respect in the global art world.

Today many of the silkscreens have been lost to decay, the battlefields of world war 2, and unfortunately the trash heap. It's only in recent years has the true value of this original art form been recognized not just for its art and beauty but for the time in Canada's history it represents. Owning a Sampson-Matthews silkscreen is to have both beauty and history adorn your walls.

Down by the sea

Landscape with horse and wagon 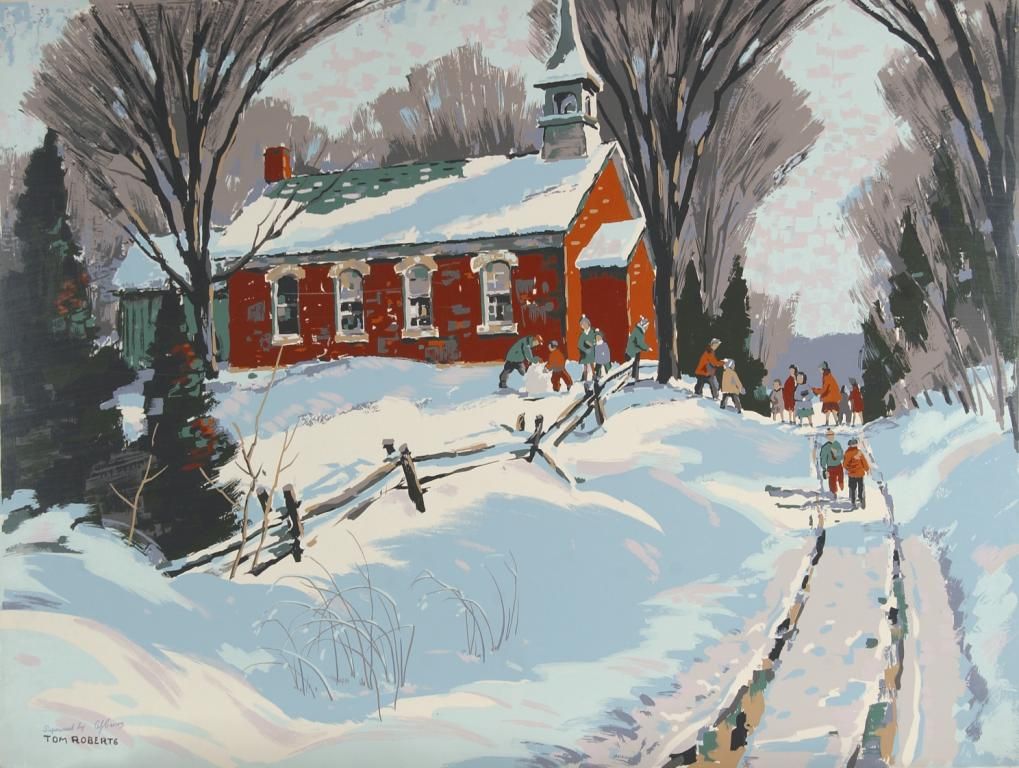 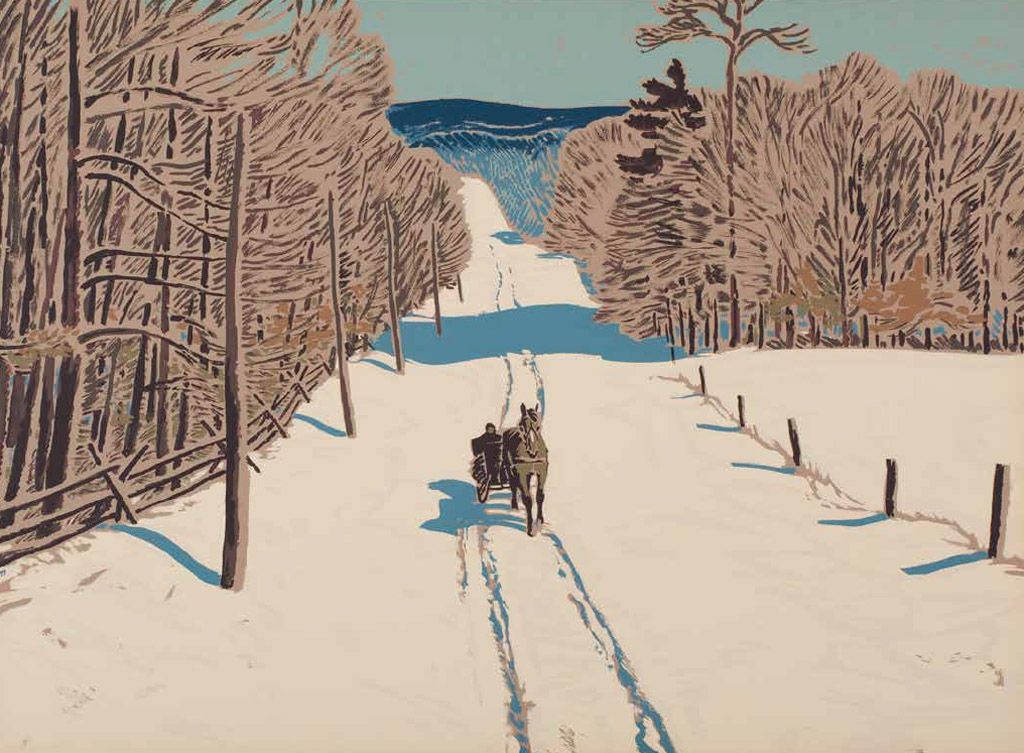